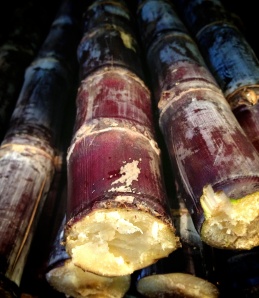 Sucrose is another name for table sugar which is commonly derived from the Sugar Cane. Once refined, it becomes a white, odorless, crystalline powder with a sweet taste. It is addictive and used in food. Interestingly, when fermented and distilled, the sucrose found in sugarcane produces ethanol. Ethanol is being promoted as an alternative fuel source in some countries.

As a macronutrient, sucrose is easily assimilated by the body. It provides a quick source of energy by eliciting a rapid rise in blood glucose upon ingestion.

Overconsumption of sucrose has been attributed to a decline in one’s health including an increased risk of chronic disease:

“In an experiment with rats that were fed a diet one-third of which was sucrose, the sucrose first elevated blood levels of triglycerides, which induced visceral fat and ultimately resulted in insulin resistance. Another study found that rats fed sucrose-rich diets developed high triclycerides, hyperglycemia, and insulin resistance.

A 2004 study recommended that the consumption of sucrose-containing drinks should be limited due to the growing number of people with obesity and insulin resistance.”

How do you fuel? Cancel reply

Follow You As A Cook on WordPress.com
You As A Cook is the companion website for You As A Machine, which I started in 2011. Join me on Facebook!

Thanks for stopping by!